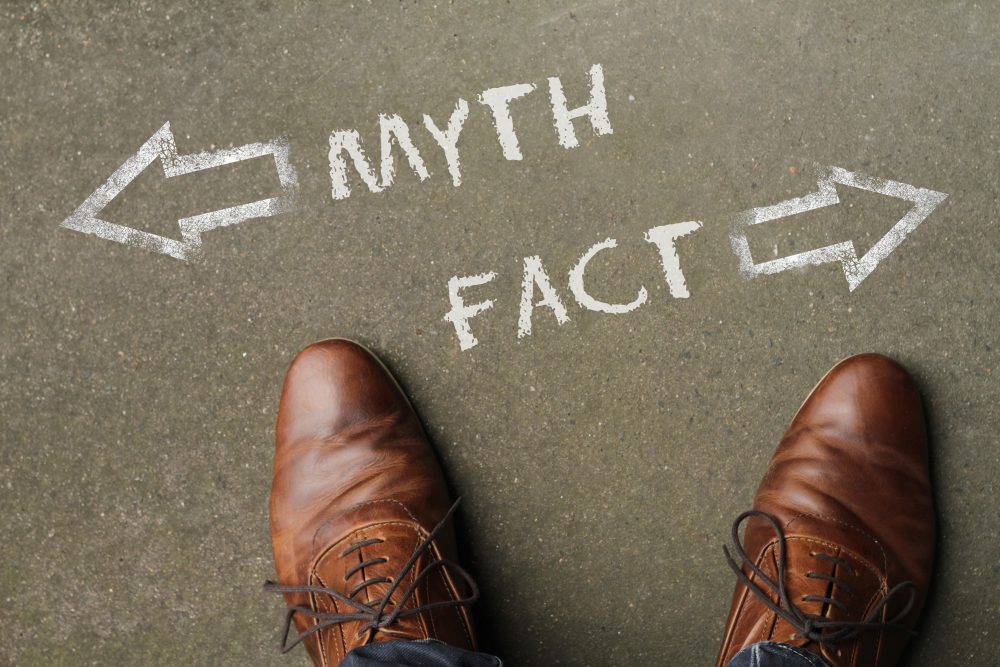 As an accountant in practice I am often amazed by some of the myths which exist about Accounts and Tax. I am not sure where these myths come from but the sentence usually starts with

Here are my top five accounts and tax myth busters starting with:

My polite response to such a statement is that if this was the case then everyone would do it!

I think maybe this myth started back when standard rate tax payers paid no additional income tax on dividends received. Those days are long gone but, not only that, dividends are paid out of post tax profits i.e. profits from the company after  corporation tax has been deducted!

So tax has been paid, albeit by the company.

You have to be good at maths to do accounts

Well you do have to add up and subtract some numbers and do a percentage for the tax but with calculators, spreadsheets, Cloud Accounting systems and Bank Accounting Apps this really isn’t too difficult.

There are some very easy to use software packages  and Apps now; so keeping on top of your numbers isn’t that difficult at all.

I would recommend that you agree your accounting system with your accountant in advance of choosing one.  You would be surprised how much of a positive influence this could have on your fees. With accounting, the more you (or your system) do the more you save.

Your accounts have to be prepared by a qualified accountant

Not only is this incorrect but your accounts can be prepared by anyone.  In fact anyone can call themselves an accountant!

Whilst accountants who are members of the recognised accounting bodies are regulated e.g. ICAEW, AAT, ACCA, ACA to name a few, the fact is that there are no overall regulations in place which applies to someone calling themselves an accountant.

So how do you ensure that your accountant knows what they are doing?  Well like anything, I would suggest going on recommendation or choosing someone that has been around for a long time and knows there stuff.

HMRC get everything right

If I had a pound for every time I have received a frantic phone call or email from a client who has received an incorrect bill from HMRC then I might not be rich but I would have a few quid in the bank, after tax of course!

In fact I received a call from a client this week who had just received a tax bill for £67,000.  Clearly wrong and sorted out in minutes.

Don’t just assume that all correspondence from HMRC is correct.  Like anyone, they do make mistakes and it is always worthwhile checking.  Especially if the bill is higher than you expect.

Your accountant should always verify the tax calculation and advise on any amounts due.  So don’t be afraid to query anything you get through from HMRC.  They are not always right.

All companies need an audit

Not true at all.  In fact most companies would be classified as ‘small’ and would not require an audit.

So what is small?

A company is exempt from an audit if it meets two out of three of the following criteria:

There are some exceptions to these rules so it is worth checking but an audit should be one less thing to worry about.

One final myth which didn’t quite make it to my list.

All accountants are boring.

Not sure I can dispel that one though!!